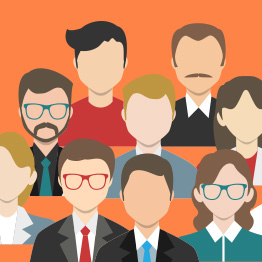 CLD has its origins in the welter of change that swept through society in the 18th and 19th centuries. New industries, and changes in science, technology, land use and education dislocated or smashed traditional forms of family and community life.

While wealth through individual enterprise, democratic-decision-making and state provided education promised routes to a brave new world of opportunity for all, these have proven to be strewn with barriers for those bearing the brunt of the down side of change.

Continuing disadvantage has often related to where you were born, your race or gender and has remained embedded in the institutions, such as schools, health services and social work, intended to overcome it.

CLD has its origins in the need to counter the effects of this persistent disadvantage. This can be seen for example in –

In the post 2nd world war era, the role of the state in the economy and society, including welfare and education grew in scale and complexity.  The Alexander Report – Adult Education: the challenge of change (HMSO 1975) was a response to the persistent issues of disadvantage in that context.

To explore the development of CLD since 1975, see The Making of an Empowering Profession  and Influencing Change: CLD in Scotland, 2001-2015

You can also find a wealth of material on the history of CLD, informal education, social pedagogy, lifelong learning and  social action at infed.org, provided by the YMCA George Williams College.