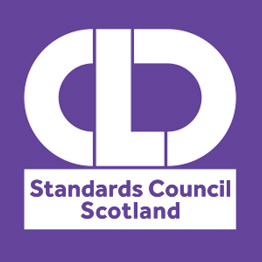 Governance of the CLD Standards Council

The CLD Standards Council aims to govern itself and manage its own business as a professional body, on the basis of a Framework Agreement with the host organisation, Education Scotland, and carry out the remit set for it by Scottish Ministers.

The CLD Standards Council has agreed a Charter setting out its role as the professional body for CLD. The Charter sets out the CLDSC’s purpose, role, operating principles and aspirations. The Charter sits alongside the Framework Agreement with Education Scotland.

This guidance provides the basic information that members of the Executive Committee and functional (Approval, Professional Learning and Registration) committees need to understand their role.

The CLDSC has developed a Theory of Change Logic model to show its activities and desired outcomes.

This Communications strategy has been designed to facilitate communication of the positive impact the organisation makes for its members, and in its ambitions to raise standards within the CLD discipline. Through a series of collectively agreed key messages, the CLD Standards Council will deliver consistent and confident corporate communications across all channels, and in person.

The CLD Standards Council is hosted by Education Scotland.  The framework agreement sets out the strategic goals, roles and responsibilities of both organisations whilst accounting for operational requirements.